Hayfever is reported to affect 13 million people in the UK and whilst the usual treatment is antihistamine medication they can often cause drowsiness, dizziness, dry mouth, impaired thinking and headaches and for many often don’t work too well.

Hayfever is caused by the inhalation of pollens, followed by the immune system responding as if these pollens were a threat, such as a virus or pathogenic bacteria. A rapid response ensues resulting in hayfever symptoms. However, unlike viral or bacterial infections, these symptoms can last for months due to ongoing pollen exposure.

For best results in beating hayfever, you need to start preparing your body early, ideally 2-3 months before the pollen season begins however for this season it’s not too late, there are still actions you can take to reduce the severity of symptoms.

Histamine is a molecule released by immune cells in circulation and in tissues (e.g. beneath the skin) as part of an immune response. Histamine release brings blood and immune cells to the affected area, resulting in redness, heat, swelling, and an increase in mucus production. Histamine plays a key role in inflammation, especially in allergic reactions.

Eat more of these dietary nutrients: 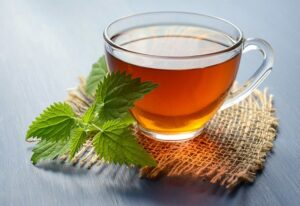 Quercetin is an antioxidant found in many fruit and vegetables. It possesses anti-inflammatory properties and is a natural anti-histamine. Eat 5 portions of vegetables (including onions) daily and 2 portions of fruit including apples naturally rich in quercetin

Probiotics: These friendly bacteria can change the immune system’s response to pollen. Certain strains such as Lactobacillus paracasei 33 and Bifidobacterium longum have been found to help with symptoms such as snezzing, runny nose, nasal congestion, itchy and watery eyes.

Bromelain: Often taken with quercetin as it enhances absorption.

NOTE: For best results buy good quality supplements and use at suggested dose. Do contact me for recommendations. Please check with myself or your doctor for contraindications should you be taking prescription medication prior to using supplements.

Making Lifestyle changes can also help such as:

If you suffer from hay fever, making these dietary and lifestyle changes, and starting early before the pollen season, could help with the management of symptoms. Doing so will hopefully enable you to enjoy the warmth and daylight that the spring and summer months bring.

Emily, our acupuncturist has made two videos to help with hayfever using acupressure points –